Many of our showy summer flowers are forming fruits.  Now and into fall is a fascinating time to watch how plants disperse their seeds. Many birds, small rodents, even ants depend on them for food: eating them on the spot or stashing them for later, often leaving some behind to sprout. Look at the designs of the flying fruits or how others stick to animals or float away.  There are so many ways plants have evolved to give their off-spring a chance to grow in the future.

For beginning plant enthusiasts, here is a bit botany to help explain what exactly are fruits and seeds. To start, fruits mature from pollinated flowers. 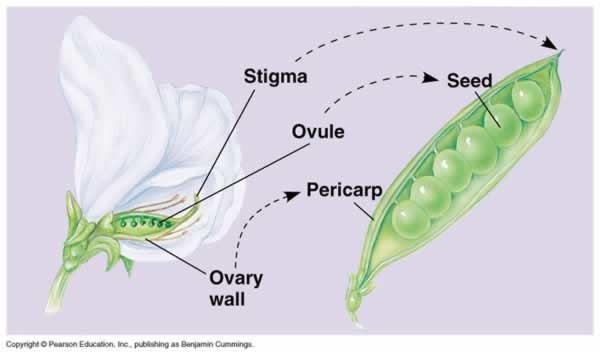 The ovary is nestled inside the petals, protects the eggs/ovules, and transforms in shape, size, color, and texture to form a fruit. The fertilized eggs/ovules become seeds which include a seed coat surrounding a tiny embryo and extra stored food—think about a bean seed as an example. 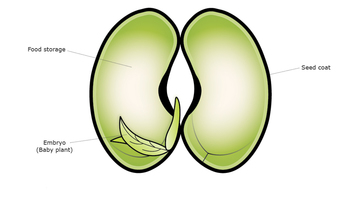 Fruits enable the seeds to move beyond the shadow of their parents—literally.  Fruits are dispersed by wind, water, animal, expulsion, and gravity using all sorts of mechanisms.

Sticky Geranium – Geranium viscossissimum – catapult their seeds. A geranium fruit has five compartments (carpels) – each with a seed. As each carpel dries, it will spring upright ejecting the seed.

Parsley Family – Apiaceae – One key characteristic of this family is that the flowers, then fruits, are arranged in umbels with all branches coming from a central point like ribs of an umbrella. Members of this family are often called umbellifers.  Relatives include parsley, celery, dill, anise, coriander and more.

The seeds are “schizocarps”—meaning split fruits.

Watch over the next few weeks to see how the fruits dry and divide.  Birds, mammals, gravity, and wind can all play a part in dispersal.

Cow Parsnip – Heracleum sphondylium/maximum – is the largest member of this family in the U.S. and is found along streams and moist meadows.

Its schizocarps enlarge and flatten and develops a beautiful pattern before they break apart.

A tourist asked if Cow Parsnip gave a rash like Giant Hogweed (Heracleum mantegazzianum), which is invading the East Coast. I did some research. The genus Heracleum contains compounds (flurocoumarins) in the hairs and sap that make our skin very sensitive to ultraviolet light. If we brush against the plants, get the oils on us, and then we are exposed to sun, we can get a nasty sunburn or blisters (phytophotodermatitis).  While each person reacts differently, it seems our native Cow Parsnip is not as toxic as Giant hogweed, which is native to the Caucasus Mountains bordering Southern Russia and Georgia and can grow well over 8’ tall. I have not gotten a rash from this plant.

The 3-4’ Sharptooth Angelica – Angelica arguta – was still blooming the third-week in August in moist higher elevations. The variety and number of pollinators on different umbels was impressive: flies, hornets, bees.

Various insect species can easily land and crawl about spreading pollen and sucking up nectar. Angelica fruits are ribbed, vs. flattened, and will also split in two.

Yampah – Perideridia montana – is still producing its lacey umbels of flowers in some locations, such as sage flats and burned-over areas at low elevations around the valley. Stems are about 1-2 1/2′ high with mostly linear withered leaves.

Some plants are forming tiny schizocarps.

Yampah will also begin to store starches into their taproots, which will provide food for grizzly bears. People like to forage on the tasty roots, as well. (Carrots are in the Parsley Family, too).

It is easy to sample the 3/4-1″ fruits, which while still green taste like licorice or anise.

The fruit of its less robust relative – Sweet Cicely – Osmorhiza berteroi – has a sharp point and hairs to attach to passing socks or fur.

Clasping Twistedstalk – Streptopus amplexicaulis – has branched stems that typically arch 2-3′ high over streams or in wet sites. Leaves have parallel veins and clasp the stalks which zig-zag slightly. At each leaf node, formerly a yellow flower hung from a curled pedicel.  Now a single red, ovoid fruit hangs from the same kinked stem. Who knows why the pedicels do this?

False Solomon’s seal – Maianthemum racemosum – had a spray (technically a panicle) of small white flowers at the end of the arching branches in June. Now each flower has produced speckled fruits that can be scarfed up by robins, thrushes, chipmunks, and such.

Fairybells – Prosartes trachycarpa – also bloomed in June with usually two pale yellow, lily-like flowers at the tips of the branches. The three-parted ovary has swelled into a somewhat lumpy, brilliant-red, velvet-like fruit which stands out above the bright green leaves. This arrangement is a clear advertisement to birds and mammals to come and get it.

Our local members of the Pea Family – Fabaceae – have typical pea-like flowers and pod-like fruits. The pod was the ovary deep inside the bright petals, and the seeds were the eggs inside the ovary (see diagrams above). While we think of string beans and snap peas as vegetables, they are fruits botanically speaking.

The blue pea-like flowers of Lupines – Lupinus sp. – are still blooming in some sites, but most have already formed thick, hairy pods–technically a “legume”. (For botany nerds: legumes are single carpels that split down two sides–compare to “follicle” below.) Many pods have dried, twisted, and propelled their seeds – some up to 10’! Plants and seeds contain poisonous alkaloids in varying amounts, and while most wildlife can eat the plants and seeds, they are toxic to domestic livestock, especially sheep, and to people.

For those who wish to propagate lupine from seed, it is easiest to plant ripe seed in place and let nature breakdown the tough seed coat over the winter.  It is best not to transplant the young or older plants as they have long taproots that get broken, setting the plant back.  One helpful link: https://www.blogs.nrcs.usda.gov/Internet/FSE_PLANTMATERIALS/publications/wapmcmt7129.pdf

If pollinated, each magenta pea-like flower of Western Sweetvetch – Hedysarum occidentale – will produce a string of loments: essentially flattened pods. The winged segments–each with one seed–split off and are likely caught upon the wind to be transported to new ground.

The Buttercup Family has several variations:

Colorado Columbine – Aquiligia coerulea – has 5 separate dry “follicles” each containing numerous seeds. Follicles split down one side. These follicles derive from separate carpels, typical of some members of the Buttercup Family.

After the blue tubular flowers are pollinated, the 3 distinct carpels enlarge to form 3 distinct follicles with many seeds inside. It is easy to see the similarity of these fruits to Columbine.

A third member of the family, Fendler Meadow Rue – Thalictrum fendleri – is usually found in the forest. Meadow Rue plants are male and female and are wind pollinated.  The “achenes” form only on female plants and likely just fall to the ground or perhaps a Junco or other bird comes and gets the fruits.

Its relative Sugar Bowls  – Clematis hirsutissima – has individual achenes that are attached to long hairy stigmas that help them fly off on the wind.  This plant is often called the Dr. Seuss or Phyllis Diller plant in the summer when it is in its “bad hair day” fruiting phase.

Fern-leaf Louseworts – Pedicularis bracteosa – sported spires of beaked yellow flowers in early summer. Now the spikes are drying and dry capsules (formed from more than one carpel) are splitting open. Dark seeds are sifting out as the wind waves the stems about.

Bladder Campion –  Silene latifolia – has cups filled with seeds that shake out over time.

And perhaps the most pesky dry fruits that catch a ride on our pant legs and socks, as well as our dog’s fur, is Western Stickseed – Hackelia micrantha.  The sharply pronged green to brown small nutlets are often passed unseen but are soon felt as they hitchhike down the trail and even home.

While many composites or members of the Aster Family produce one-seeded fruits with fluffy parachutes like a dandelion, others have fruits nestled tight in heads.  For instance, Western Coneflower – Rudbeckia occidentalis – has its fruits (achenes) standing firm on cone-shaped receptacles waiting for birds, such as Pine Siskins and American Goldfinches, to find them.

As birds avidly eat the fruits, they often dislodge some that fall to the ground. (photo by Susan Marsh):

Many plants can have more than one dispersal mechanism.  For instance, thistles–both native and introduced–can attract seed eaters which pluck out and therefore loosen fruits which then fly off upon the wind.

Keep on watching.  There are many more fruits and seeds to come, each with fascinating dispersal strategies!

P.S. As alwasy we appreciate corrections and comments sent to us at tetonplants@gmail.com.  Also, look at the recent posting “Culmination of Composites–August 2020” for flowers that will soon be shedding wind-blown seeds.